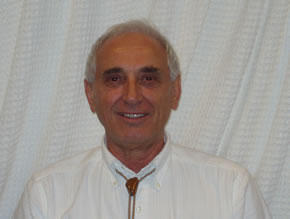 Advisor to the Board

Al Marsella, a West Hollywood CPA and business manager, is a founding member of the Los Angeles County Developmental Services Foundation, where he served on the Program Policy Committee. The Foundation is the parent organization that was formed in 1979 when Lanterman Regional Center separated from Childrens Hospital of Los Angeles to become one of the first regional centers in California.

Marsella is the father of Joseph and Mary, two adult children with autism, and considers his wife Beatrice the source of his strength and inspiration for his dedication and commitment to Lanterman.

Over the years, he has remained actively involved with Lanterman, holding a number of positions, including vice-president, secretary, treasurer and president of the board. Currently he is the treasurer. He has also served for many years on the Administrative Affairs Committee. During the period that he was not on the board, Marsella acted as an “Advisor” - a special position reserved for people who have provided extraordinary service both to the Center and the board of directors.

Marsella has served as the chair of the second Lanterman Leadership Forum planning committee, and was instrumental in raising funds to help underwrite this very successful event. In the words of Executive Director Diane Anand: “Because of our complex budget, finances and significant fiduciary responsibilities, we have been privileged to have a financial and business person of Mr. Marsella's caliber and experience giving so generously of his time in service to the board and the Lanterman community.”